Anavar (oxandrolone) is not a very toxic steroid, it is only slightly androgenic and anabolic. Men use it, but it’s also one of the only steroids recommended for women.

Here we will clarify the rumors heard in weight rooms and address the contradictory information available on the Internet, particularly on forums. So here is how to know and understand a little more about Anavar. 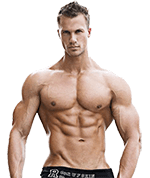 First – and this will be no surprise to many athletes – Anavar (oxandrolone) is fairly gentle on your liver, unlike other steroids. It’s probably the gentlest oral steroid available on the market today. Doses up to 80mg/day are well tolerated by most men, and steroids other than Anavar cause most side effects. For this reason, many high-level bodybuilders and athletes, including women, prefer Anavar. 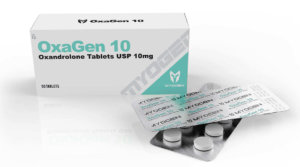 Due to its gentle nature, large quantities of Anavar are needed, especially for male athletes. It binds well to AR, and fairly high doses are necessary, so we recommend exceeding 20mg/day. In fact, 20-80mg are necessary for AIDS patients to curtail weight loss in AIDS patients and for burn victims to recover weight. If you are a man, it’s a good idea to start with 100mg/day and see how your body responds. Any dose under 20mg is a waste and you will not feel any results. However for women, doses of 2.5-10mg/day are enough. This compound does not really cause virilization problems because it is only slightly androgenic. It also does not cause water retention.

Anavar is an oral, alpha-alkylated steroid, otherwise it could not survive ingestion and passing through the liver. However its toxic effects are very moderate.

Anavar’s particular chemical nature produces resistance to hepatic metabolism as well as anabolic activity. Anavar does not appear to cause any serious hepatotoxic effects (jaundice, cholestatic hepatitis, hepatic peliosis, hyperplasia and tumors) usually attributed to C17 alpha-alkylated AAS (some other oral steroids). Anavar has even been used successfully in some cases to treat flesh wounds or improve patients’ respiratory function. These two new properties make Anavar a good choice for boxers, MMA fighters (mixed martial arts) and other athletes. 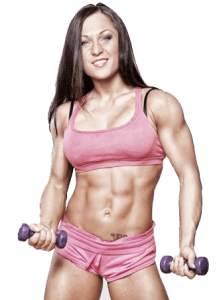 Here are a few studies for anyone interested in Anavar’s fat loss properties, since it’s also considered a “fat loss steroid“. One study has shown that belly fat (abdominal and visceral) is greatly reduced during an Anavar treatment (the subjects had normal to low testosterone levels). Fat around the torso and hips was reduced with a relatively low dose of 10mg of Anavar per day, without any physical exercise.

Additionally, weight loss from Anavar lasted a long time, and was even permanent for some subjects. So you have a good chance of keeping most of the results you achieve after your Anavar cycle and weight training sessions.

In another study, the subjects maintained most of their results for almost 6 months after the end of the Anavar treatment and training! In short, if you want to lose weight or lose belly fat, Anavar will bring semi-permanent results. Losing fat with an appropriate diet is easy and sustainable.

The information provided here is from tests where the subjects had no other steroid treatments after their Anavar cycle. Most of these studies were conducted with young boys and older men. These test subjects showed that age does not play a role in Anavar’s effectiveness. If you follow the recommended protocol, you will lose fat and keep most (if not all) of your gains between cycles. This is an excellent steroid for athletes who undergo anti-doping tests and must stay clean during their competition season. Anavar is also a good choice for a spring cutting cycle to get your beach body. You can use it up until the start of summer and stay shredded throughout beach season!

Anavar is a good steroid for building strength and losing body fat, but it’s not recommended for gaining muscle mass. In other words, any accumulated muscle volume will be solid and long lasting. And it makes sense that athletes gain a lot weight with steroids that cause water retention: Dianabol, Anadrol 50, testosterone esters…but then lose most of it (when the water goes away). Steroids that cause little or no water retention, like Anavar, Winstrol and Primobolan, have the opposite effect.

So why does the body conserve such a high proportion of gains from Anavar? It’s undoubtedly due to its relatively weak impact on the HPG axis. Anavar will never totally stop your HPG axis, particularly at low doses (unlike testosterone, which eventually will  even with a 100mg dose, or Deca, which can stop it with a single dose of 100mg). It could also be because Anavar doesn’t aromatize (convert to estrogen).

In conclusion, Anavar may be ideal to use between cycles (at very low doses less than 10mg) or for cutting or pure strength gain cycles (50-100mg).

The only major downside to buying Anavar is its relatively high price. Pills can usually be found on the black market at 10mg for one dollar. Anavar also comes in the form of capsules or liquids, which are often cheaper than authentic pharmaceutical versions.

Like to buy some anavar how can I get some