Why do you think Dianabol is such a legendary steroid? Well, it all begins with its long history in sports…Dianabol is the commercial name orginally given by Ciba for a new Methandrostenolone compound. It was quickly nicknamed “Dbol” by athletes.

Russian athletes at the 1953 World Championships and the Olympic Games began using testosterone with success. After that, a doctor working with the American weightlifting team, John Ziegler, launched a cooperative project with Ciba laboratories to develop a similar product for American athletes. In 1956, Dianabol entered the competition. 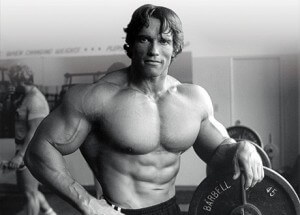 Originally, 10mg/day was considered a sufficient dosage to ensure complete androgen replacement in men and Dr. Zeigler recommended that athletes take 5mg to 10mg per day.

This is also the dosage that bodybuilders like Arnold Schwarzenegger and Zanes were taking through the 1970s, on top of testosterone.

But enough of the history lesson for a moment. Undoubtedly some of you want to buy Dianabol, so let’s move on to explaining the medication Dianabol and its effects on the human body. Dbol is behind some of the most beautiful transformations possible. But a successful physical transformation is not easy and it’s important to learn about anabolic steroids and their effects; it may be that another steroid will work better for you.

Dbol is usually found in an oral form (often pink or blue tablets), though it can also be found as an injectable (under the name Reforvit -B, which is 25mg of Methandrostenolone mixed with vitamin B).

Dianabol is a 17aa (17 alpha alkylated) oral steroid, which means that its 17 carbon was altered so that the steroid can survive its passage through the liver and enter the bloodstream.

Dianabol will slightly increase your blood pressure and is also hepatotoxic (bad for the liver) so be careful while using it and take the required protections. In one study, some athletes took up to 100mg/day without side effects. Here are the results of this study:

Carried out in the 1980s, thus study injected high doses of Dianabol into test subjects (100mg/day for 6 weeks). This diminished testosterone by about 40% of its normal level, GH plasma dropped by about a third, LH diminished by around 80% and FSH also declined by about a third.

Body fat did not significantly increase, while dry muscle mass increased from 2kg to 7kg in test subjects (with an average observed gain of 3.3kg of muscle). So the researchers easily concluded that Dianabol increases dry mass, strength and performance.

Dianabol Results and Side Effects 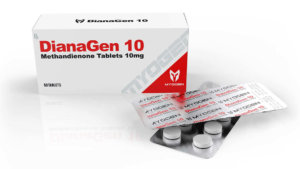 Be wary of the various reviews of Dianabol and its effects that you might encounter, many prove to be false. Like many other 17aa steroids, Dianabol is not very connected to androgenic receptors. Most of its effects are considered independent of these receptors and are attributed to other mechanisms, e.g. protein synthesis as shown by the production of muscle tissue with very high nitrogen levels.

This also means that Dianabol has slight aromatase activity and will aromatize a little in relation to some other steroids.

When purchasing Dianabol, be careful that you don’t buy a fake, underdosed or impure product. If the product is a toxic fake, there could be very serious consequences for your health. Pay attention to your sources!

Taking Dianabol in a cycle will contribute to substantial gains, however this compound is more regularly used for two purposes:

Users often combine a fast-acting oral steroid like Dianabol or Anadrol with other long-lasting injectable steroids (like Deca-Durabolin, Equipoise or testosterone).

The logic here is that oral intake (Dbol) will give almost immediate effects while the injection will take time to produce results.

You will start to see results as early as the first week of your cycle with Dianabol and continue to get results for a long time until the end of your other steroid injections.

This means taking 25-50mg doses of Dianabol (although 20-100mg doses have been reported) for 3-6 weeks at the beginning of a cycle, then stopping Dianabol intake when the other injectable products begin to show results.

For a Dianabol treatment between two successful cycles (which means using a weak dose of AAS like Dbol), you should recover your pre-cycle natural hormone levels (or at least acceptable levels) before starting your next cycle. The idea is not to lose gains but maintain them with the help of a weak AAS dosage.

In general, you should use around 10mg of Dbol per day and combine it with a post-cycle intake of Nolvadex (and/or Clomid) and HCG. This will replace the lacking androgens and boost the recovery of your natural hormone levels due to the other products in the cycle.

Dianabol is a very good medication and when used correctly it is a powerful tool for bringing rapid and durable gains.